One of Twelve is an Australian organisation that showcases the work of emerging and established artists from the Asia Pacific region. We are dedicated to celebrating and contributing to the art sector of this region through the production of high quality, silk garments that depict collaborating artists work. These unique pieces are each accompanied by an artist card, detailing the maker’s work and practice. 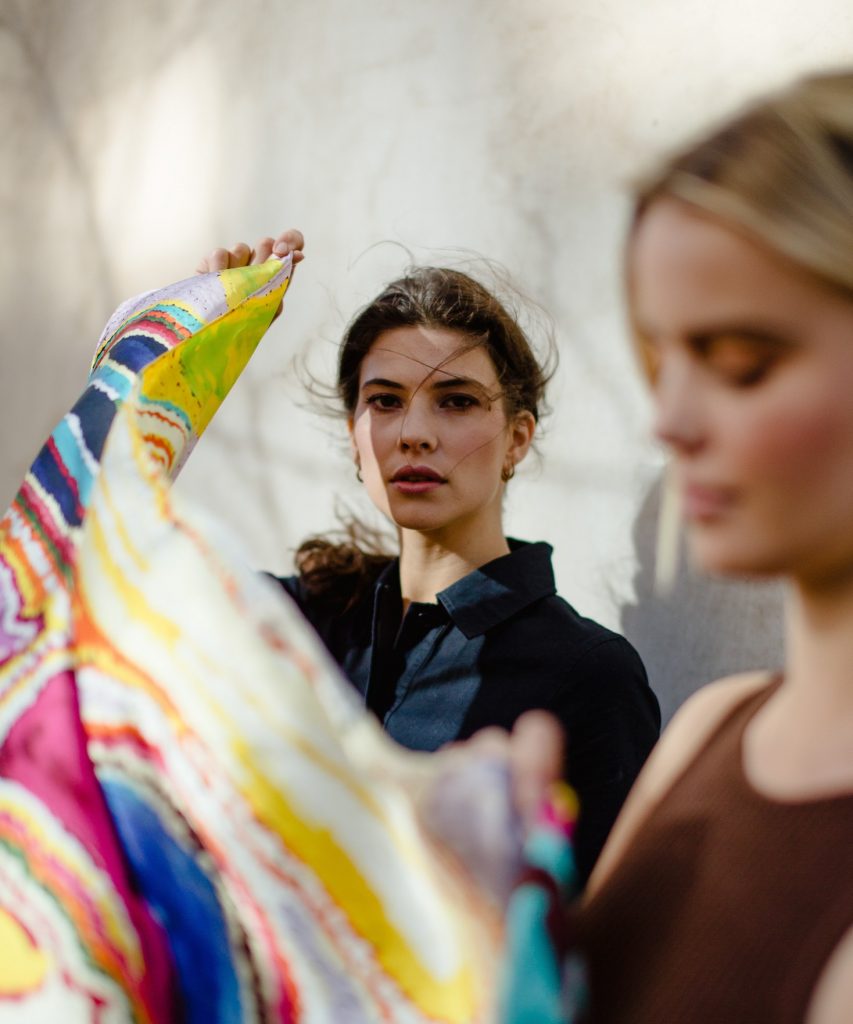 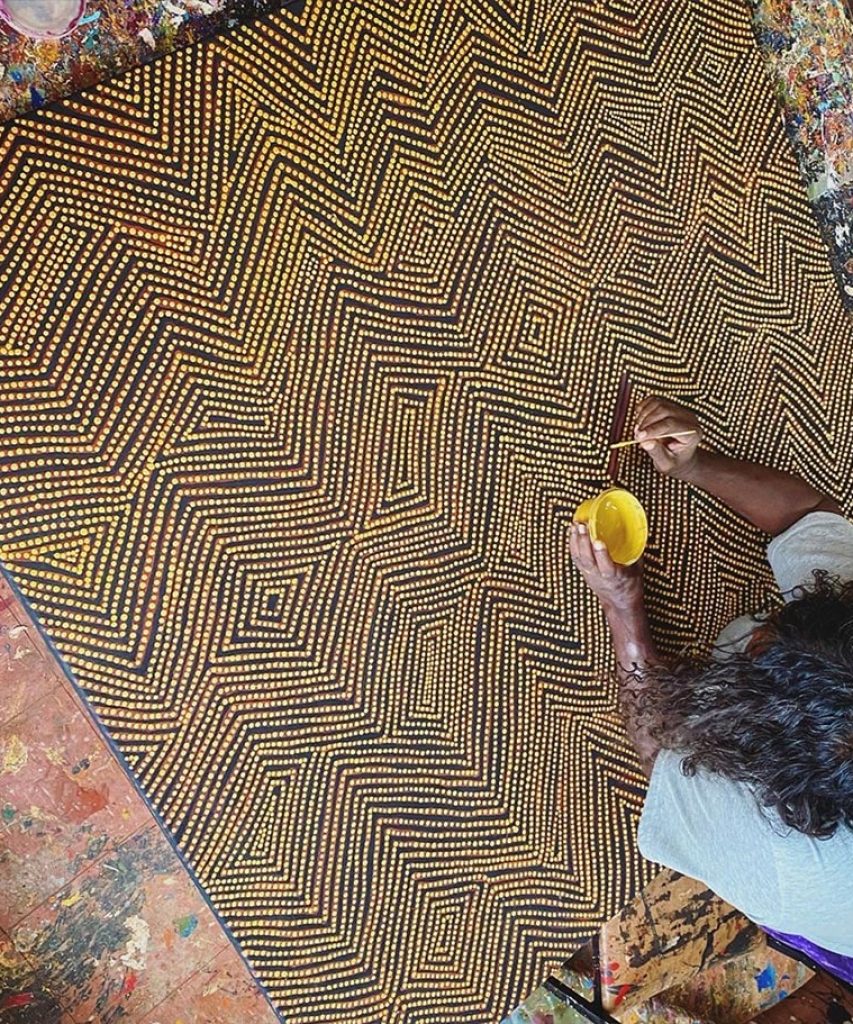 One of Twelve is based in Australia, so we are particularly focused and interested in art from our country and those that surround us. We work directly with Aboriginal and Torres Strait Islander art centres, whose important, empowering work is essential to their communities. Every artist that collaborates with us receives royalties from your purchase and you will find links to their representing galleries on their profile page.

Phyllis Donegan in the studio

One of Twelve works with community owned and operated cooperatives in Papua New Guinea run and managed by Bilum weavers in several provinces in the region. Bilums are traditional bags, woven specifically by women, and their unique patterns reflect the values, history and symbolism of their maker.

This unique process ensures that each bilum is as individual and special as the woman who made it, an artwork in itself. Every purchase of a bilum goes directly to the makers and their families.

Along with the various coopertives we purchase through, our sidestep into the world of bilums would not have happened without our bilum mentor and Goroka bilum co-operative founder Florence Jaukae Kamel. It is Florence who has works tirelessly to promote bilums to the wider world and sources our bilums from the Eastern Highlands of PNG. You can read more about Florence and bilums here.

We are deeply grateful and honoured to have the opportunity to work with the artists, art centres, makers, creatives and countless others who have contributed to transforming the vision of One of Twelve into reality. 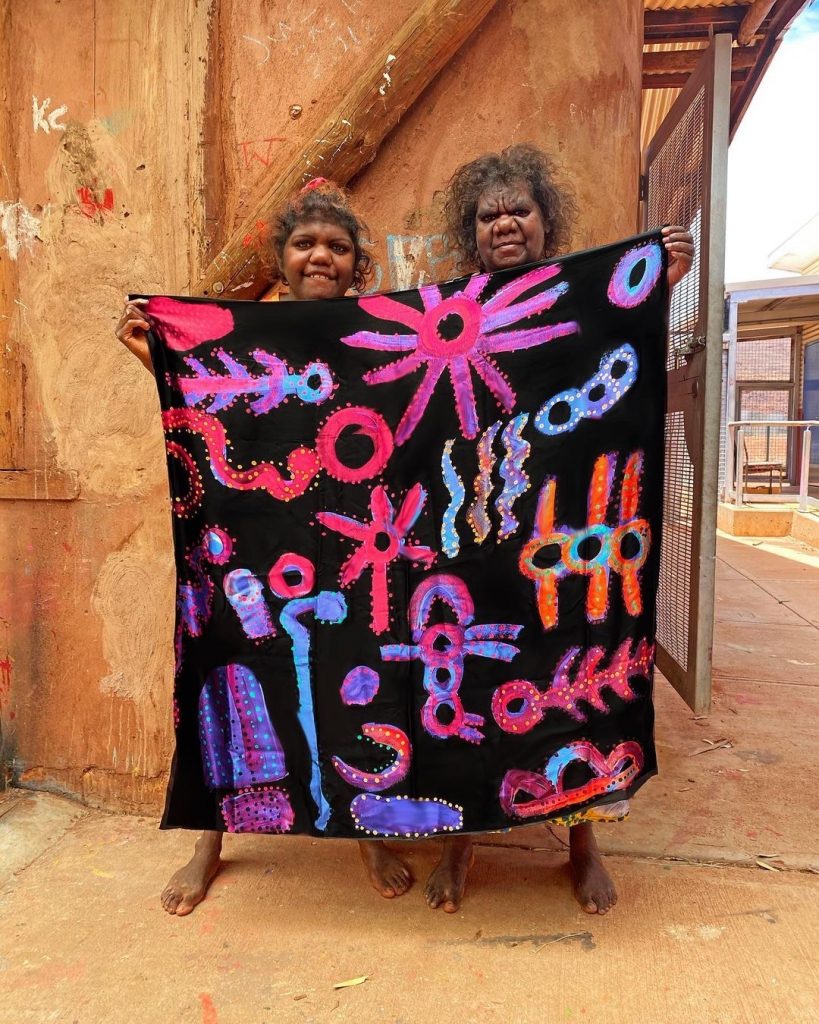