Elizabeth Marks Nakamarra was born in Papunya in August 1959 where she spent her childhood, attending the local school. Elizabeth was ‘grown up’ by her mother and stepfather, Turkey Tolson Tjupurrula, a major figure in the Papunya Tula art movement. She later became the second wife of famous painter Mick Namarari Tjapaltjarri, moving to Kintore with him during the 1980s.

After her husband’s death in 1998 Elizabeth took up painting herself, having learned to paint by watching him. In 1999 Elizabeth became the first woman to be appointed a director of Papunya Tula Artists. Elizabeth has exhibited widely, and her works are held in the collections of the NGA and Artbank Australia.

A traditional owner for the area around Kalipinpa, Elizabeth paints the Kapi (Water), Lightning, Wetland, Dingo, Sandhill, and Turkey Tjukurrpa (Dreaming stories) of her Country. Kalipinpa, an important Lightning and Rain site just north of Kintore, is of great significance to the artist, and her work often refers to this place.

Elizabeth Marks’ untitled paintings depict designs associated with the site Kalipinpa, a rockhhole and major Kapi Tjukurrpa (Water Dreaming) place, north of Sandy Blight Junction. There are numerous Tjukurrpa (Dreaming Stories) associated with Kalipinpa including Kapi (Water), Lightning and Bush Potato. During ancestral times, a huge storm erupted here, causing lightning to flash and water to rush across the country, filling the rockholes and creeks. A group of ancestral men and women gathered at the site to perform the ceremonial songs and dances associated with the area. These works describe the ceremonial site at Kalipinpa, including its various landforms such as tali (sandhills), hills, rockholes, soakages and creeks.

The striking geometric linework of Marks’ works evokes the energy of ancestral lightning bolts, illuminating the sky above Kalipinpa. The artist’s clever use of tonality and repetition create a fluidity of movement suggesting the storm waters that flooded this area during ancestral times. 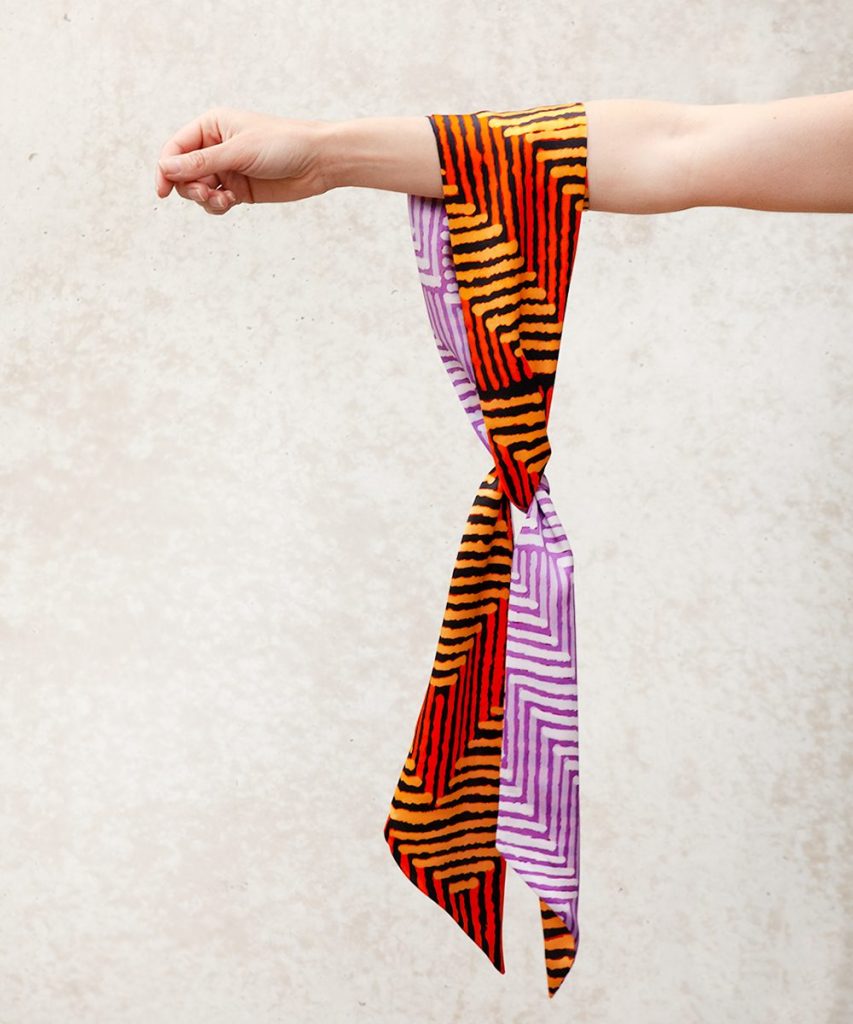