Born in the pujiman (traditional, desert dwelling) days, Martu man Minyawe Miller grew up travelling across the Country around Punmu with his family. As a young man, Miller walked across great stretches of this Country carrying only his tajitaji (smouldering stick) and jurna (hunting stick). Travelling between water sources, Miller and his family hunted and collected bush foods such as warmula (bush tomatoes), emu and marlu (kangaroo) as they went.

Hearing of other pujiman people settling in missions and communities across the Eastern Pilbara, Miller and his family walked in to Jigalong mission. Here, Miller met his wife Nancy Chapman, also an artist.
An excellent horseman, Miller worked for many years on pastoral stations across the Pilbara, breaking horses and building roads by hand. Miller now lives in Punmu with his wife and extended family.

Miller is a formidable painter, his work recognisable by his decisive use of line and colour. Contorted squares are a recurrent symbol in Miller’s work, representing the waterholes and soakages he walked between as a young man in pujiman times. Other works feature luminescent tracks of dots that seem to pulsate, transporting the viewer across the shimmering tali (sandhills) of the Western Desert.

The rhythmic linear dotting in this work represents the tali (sandhills) of the area surrounding Waran. This significant site sits within Minyawe Miller’s ngurra (home Country).

Miller travelled vast stretches of Martu Country with his family during pujiman (traditional, bush dwelling) times. They traversed the expansive sandhill country between water sources, hunting and gathering bush foods along the way. Rock holes, soaks, springs and waterholes were of vital importance to Martu people in the pujiman era; knowledge of their whereabouts being essential to survival. Specific sites were visited according to the wet or dry seasons and the availability of resources.

In this work, Miller’s use of negative space evokes the long, sharp shadows that announce the days end in the desert. Miller’s restricted colour palette and sparing dot work conjures what could as easily be a starry night sky as a series of shifting sandhills, glinting in the dying light. 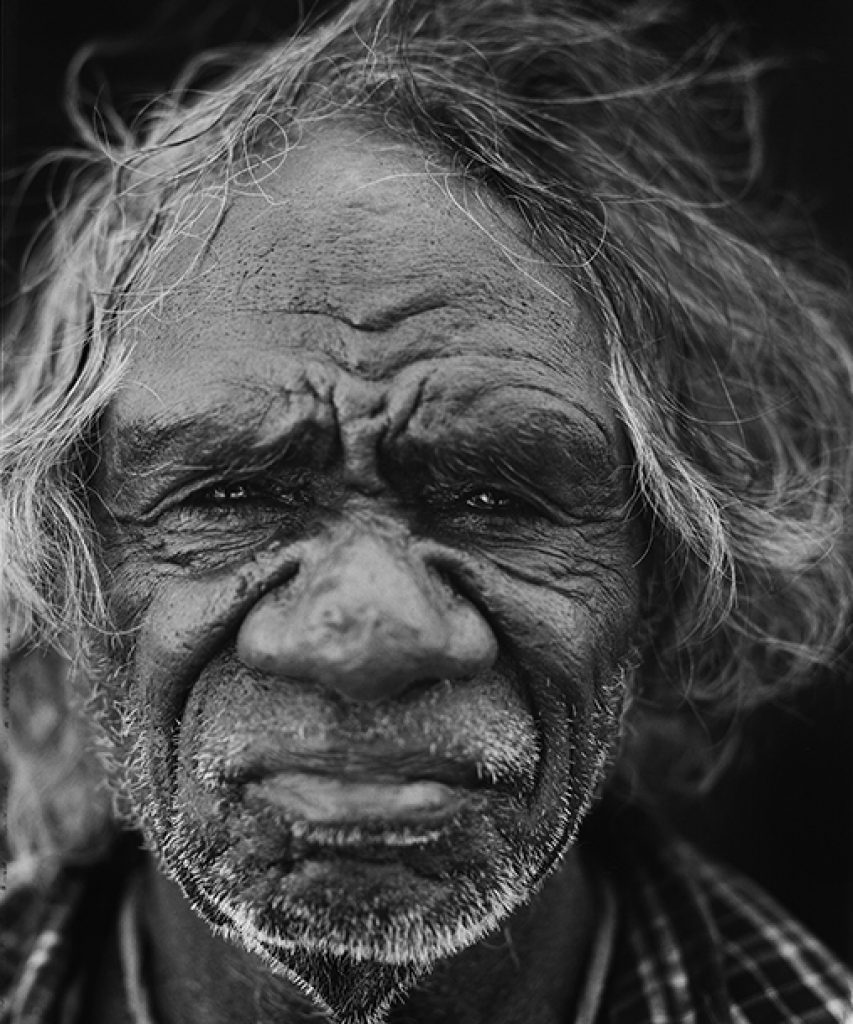 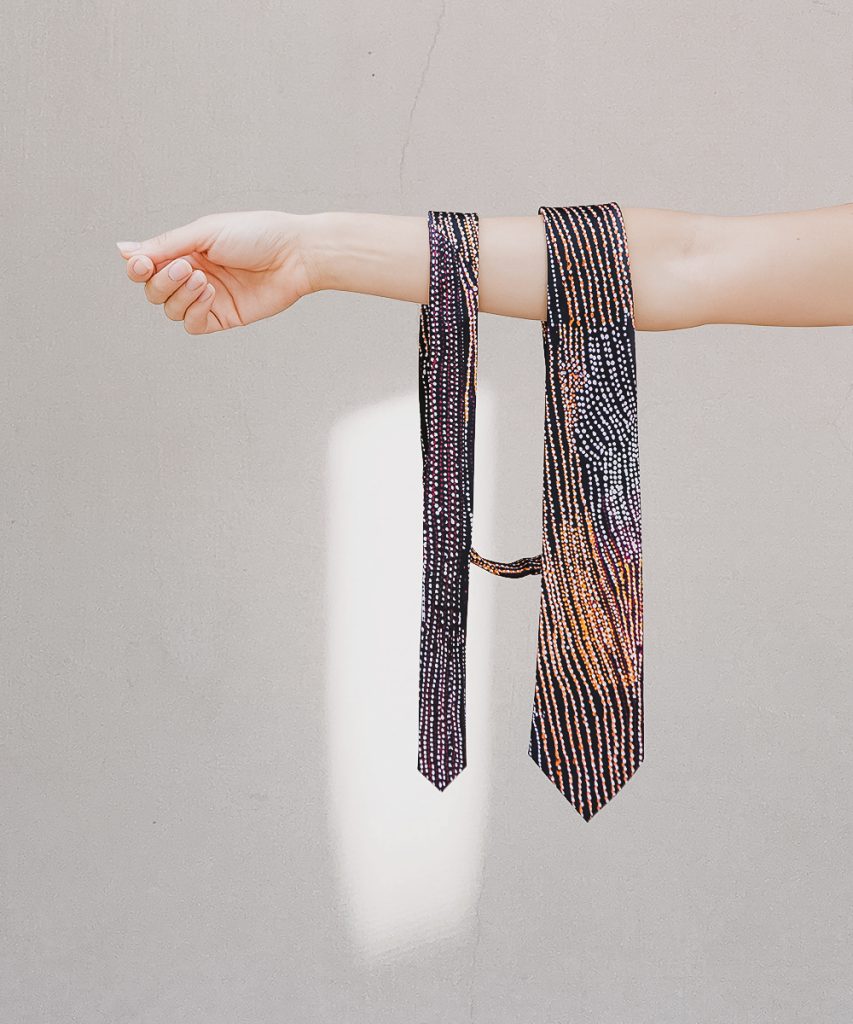