Born circa 1941, Nancy Nyanjilpayi Chapman and her sisters, Martu women and fellow senior artists Mulyatingki Marney, May Chapman and Marjorie Yates (dec.), walked across their Country between the communities of Punmu and Kunawarritji. As young girls, the sisters were left to survive alone in the desert after both their parents died. The sisters continued their pujiman (traditional, desert dwelling) existence for many years, hunting and living off the land.

Chapman eventually settled at the Jigalong mission where she worked for some time. She later married fellow artist Minyawe Miller, the couple working on various pastoral stations while raising their children. In 1982, during the ‘return to Country’ movement, they moved to the newly established community of Punmu, where Chapman and her husband continue to live as respected elders.

Chapman is a prolific painter of the Country around Punmu and the mid-sections of the Canning Stock Route. Known for her exquisitely fine dot work, Chapman’s paintings are held in the collections of major institutions including the National Gallery of Victoria.

In this work, Chapman depicts the edible native succulent kalaru (samphire). Kalaru grows in abundance around the warla (salt lakes) and lyinji (clay pans) of Chapman’s Country. The plant sheds edible black seeds that are collected, rinsed many times over, ground into a flour, then used to make damper. It is a time consuming dish that is still created for special occasions today.

Chapman’s painting practice is defined by a similar commitment to process. In this work, the delicate fanning of kalaru fronds gently frame Chapman’s meticulously fine dot work, representing a cache of jewel-like seeds. Chapman’s masterful use of colour and layering add a depth and movement to the work that seems to ripple with the motion of winnowing. 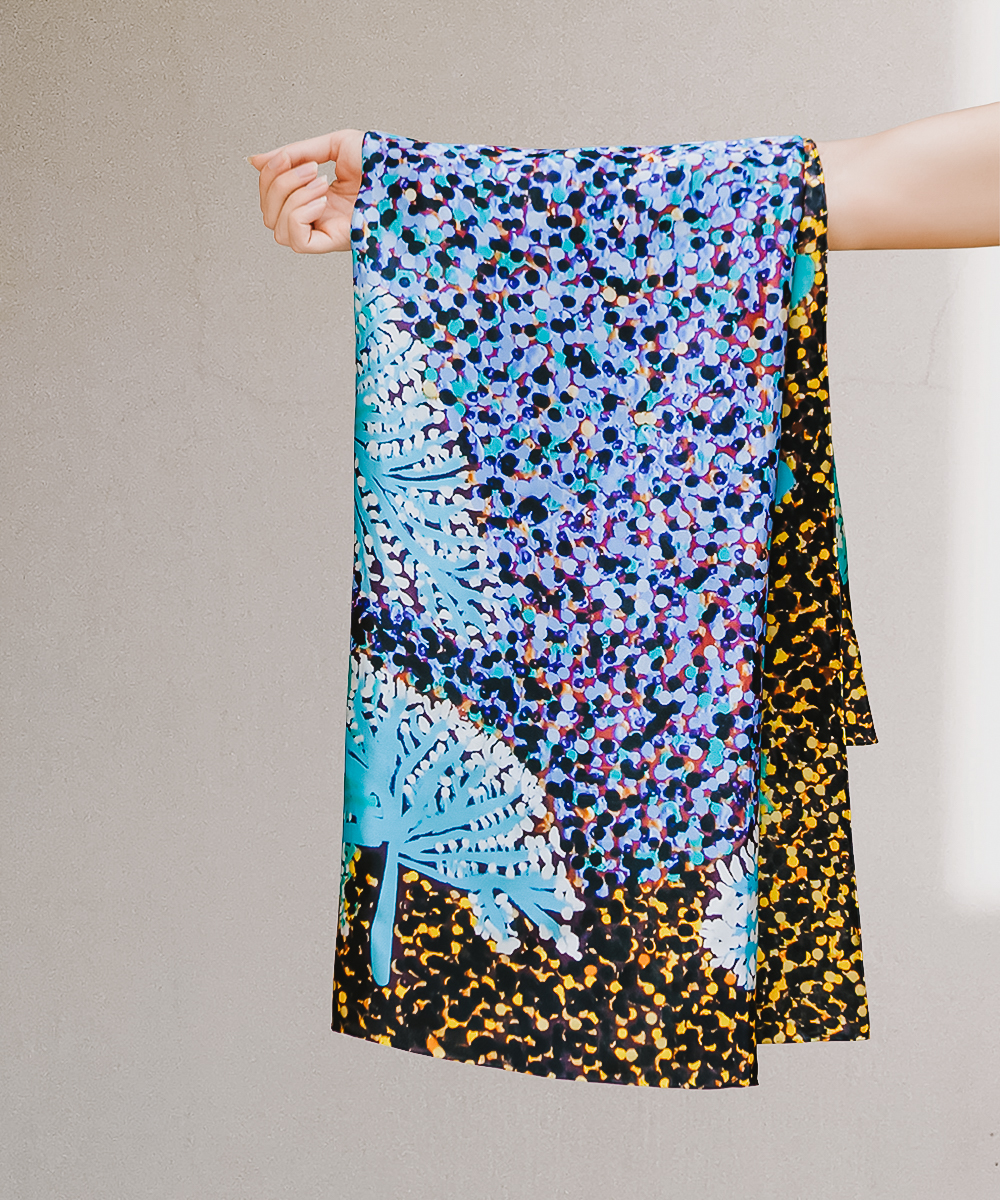