Nyanu Watson grew up at Pukatja (Ernabella) in north-west South Australia, and witnessed the changes brought about when the missionaries arrived in 1937. In the early 1970s, Watson left the mission for Kalka during the Homelands movement, when the peoples from the Anangu Pitjantjatjara Yankunytjatjara (APY) Lands in South Australia’s north-west border region returned to their country.

The artist is now a prominent member of the Kalka Community, and is well known for her unique depictions of local wildlife – especially the Ngintaka (Lizard), Anumara (Caterpillar), and Kakalyalya (Cockatoo) – along with her involvement in the collaborative efforts of the renowned Tjanpi Desert Weavers.

Nyanu Watson uses startling colour combinations and striking forms to create her expressive and emotive works. Colours are carefully chosen for their aesthetic value, and are applied with different brushwork to create texture or dotting to articulate form. In Tjulpu, the stippled pinks and blues of the birds’ feathers contrast with the rich crimson background, evocative the desert earth. Carotene dots outline the birds, bringing them closer to us as they stare inquisitively. The composition reveals the owners of the tracks that pattern the earthy background like songlines of the desert. 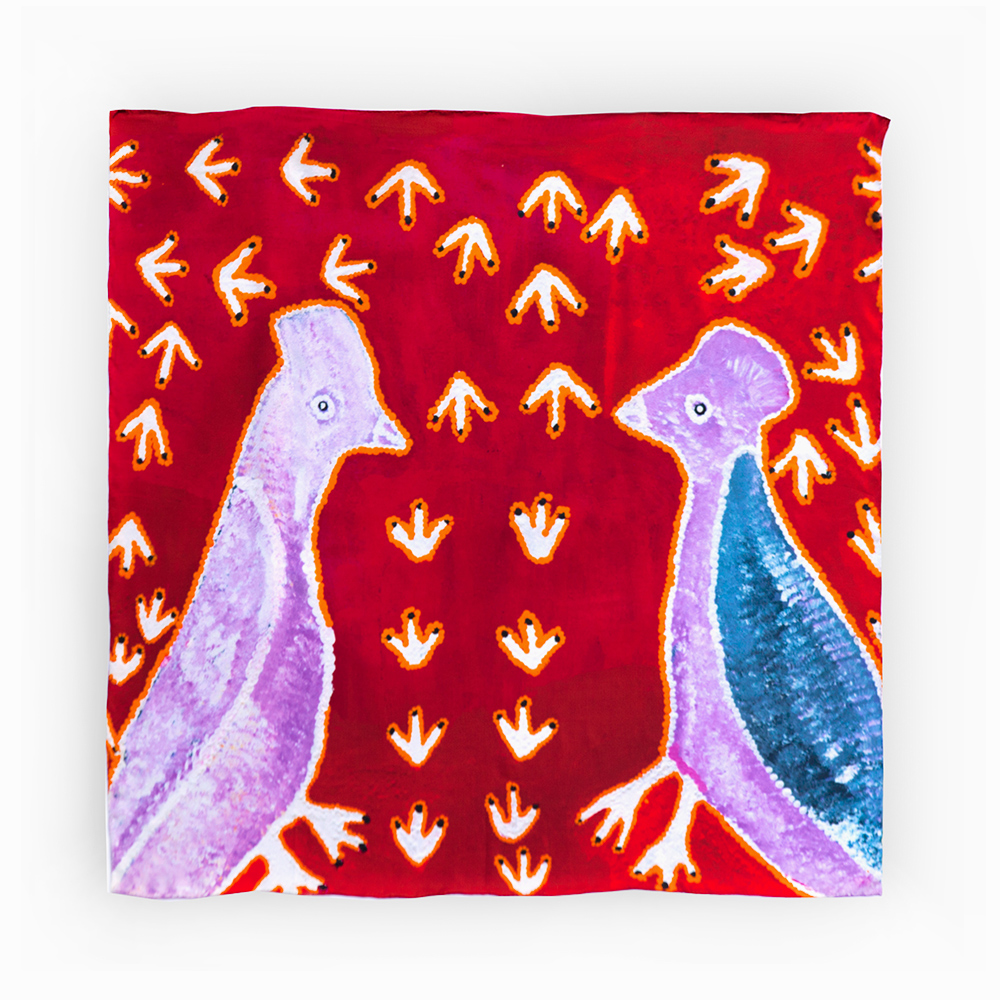