Yuyuya Nampitjinpa was born west of Muyinga in Western Australia, circa 1946. Yuyuya and her family were living in the bush before moving to Haasts Bluff with a large group of Pintupi in 1956. She went to school in Papunya, later settling in Kintore.

Yuyuya, sister of the famous painter Ronnie Tjampitjinpa, started painting for Papunya Tula Artists in 1996. Like her brother, she is a senior custodian for an extensive range of Country encompassing Pirrilyi, Wana Yunta, Watanuma, Tjalingka, Kunyukutu and the associated Dreamings, Ngalu, Kapi Tjukuntja, Minma (Women), Mangarri (Bush Tucker), Wirrinywirrinypa (Fruit), Kampurarrpa (Bush Raisin) and Unala (Banana Root) to name a few. These sites and Dreaming stories are the central focus of Yuyuya’s work.

Yuyuya is a senior ceremony woman, and along with Josephine Napurrula, leads the ceremonial dancing in Kintore. Her work is held in the collections of the NGA, San Antonio Museum of Art (USA) and the Voituron Collection (Belgium) among others.

Yuyuya’s untitled painting depicts designs associated with the site Umari, a rcokhole situated in the sandhill country near Mt Webb in Western Australia. A large group of ancestral women travelled east from Umari to the rockhole Pinari, north-west of Kintore. Along their travels, the women collected the edible berries known as kampurarrpa or desert raisins (Solanum centrale). Kampurarrpa can be eaten straight from the bush, or ground into a paste and cooked over coals to make damper. From Pinari, the women continued their journey east to the site of Kalipinpa, a major Kapi Tjukurrpa (Water Dreaming) site north of Sandy Blight Junction.

Yuyuya’s work is characterised by her use of a complex symbolic language rooted in ancient cultural tradition. The artist’s skillful use of colour, movement and negative space make her interpretations of these symbols strikingly contemporary. In this work, the artist’s bold use of warm colours and repetition of form transport the viewer to the undulating sandhills of her homelands. 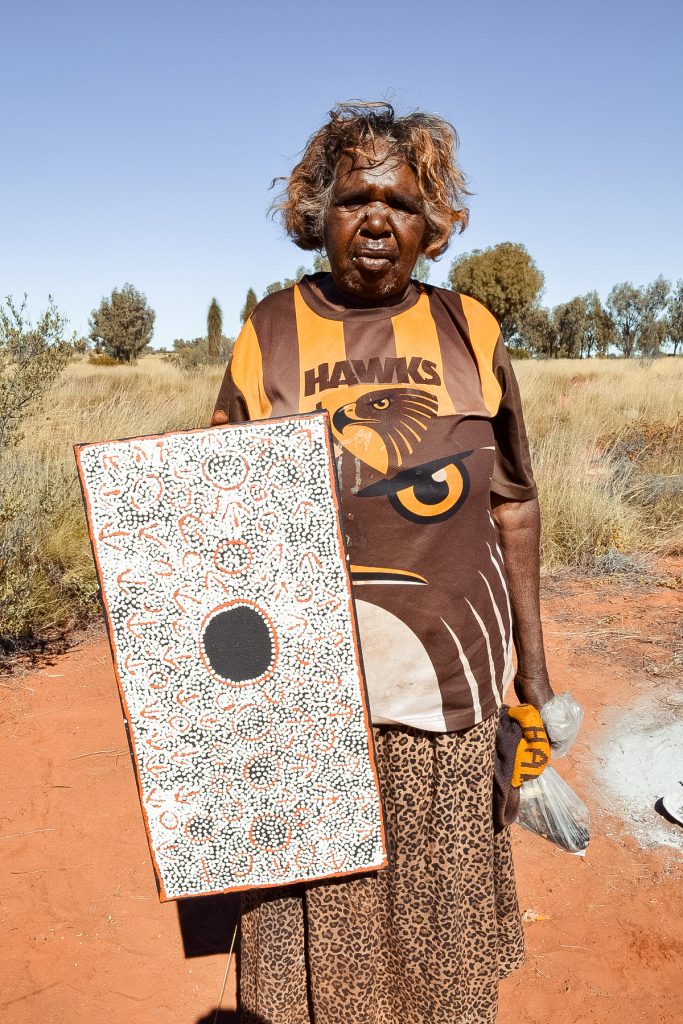 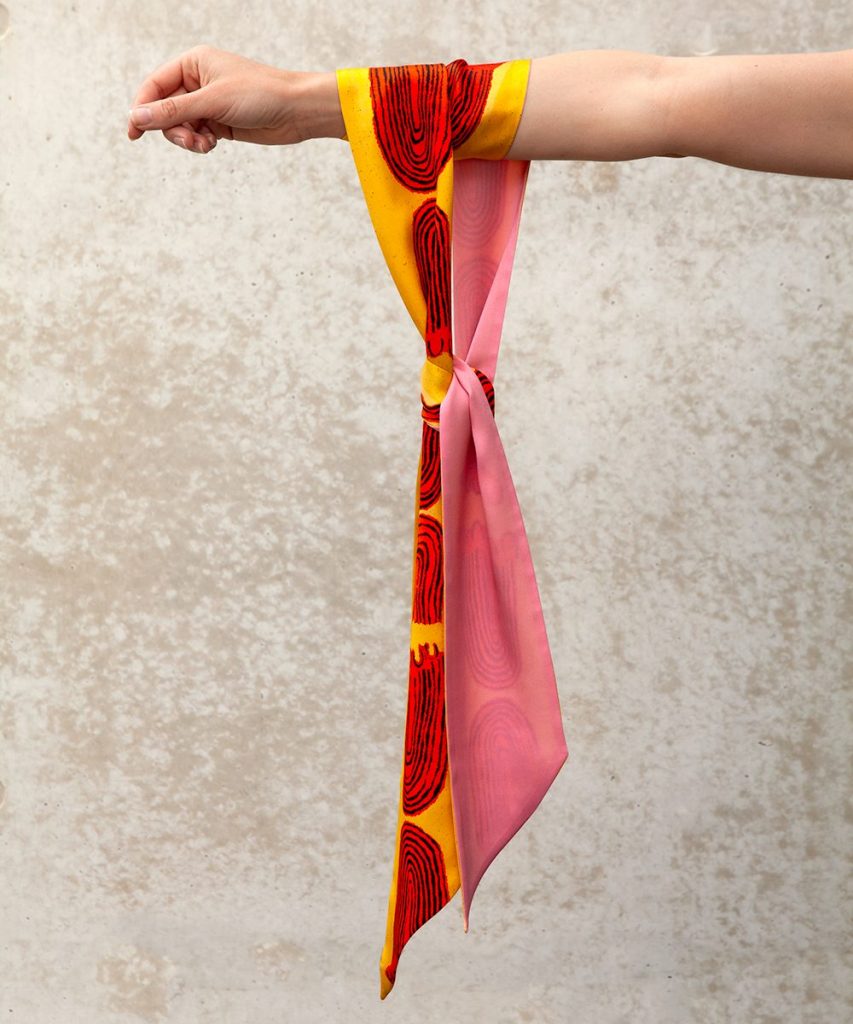