Gifted Hands is a bilum weaving cooperative set deep in the mountainous highlands of Papua New Guinea, in Chimbu Province. The cooperative is a grassroots social enterprise done right. Bilum weaving is an important cultural tradition in PNG, an artform that has been passed down from mother to daughter over thousands of years. Established by Fransisca Moiwo in 2014, Gifted Hands is a women-run not-for-profit cooperative, that harnesses the ancient cultural practice of bilum weaving to support the economic independence of the women of Chimbu.

Bilums feature in many aspects of cultural life, from the practical to the esoteric. Traditionally, the intricate handwoven bags were used to carry everything from garden produce and sleeping babies to arrows during warfare. Bilums also play an important role in ceremonial and ritual practices and are potent markers of cultural and gender identity.

Fransisca, the cooperative’s founder, is a weaver herself. Taught by her mother as a little girl, she now teaches her own daughters and granddaughters, as well as learning from and teaching other women. 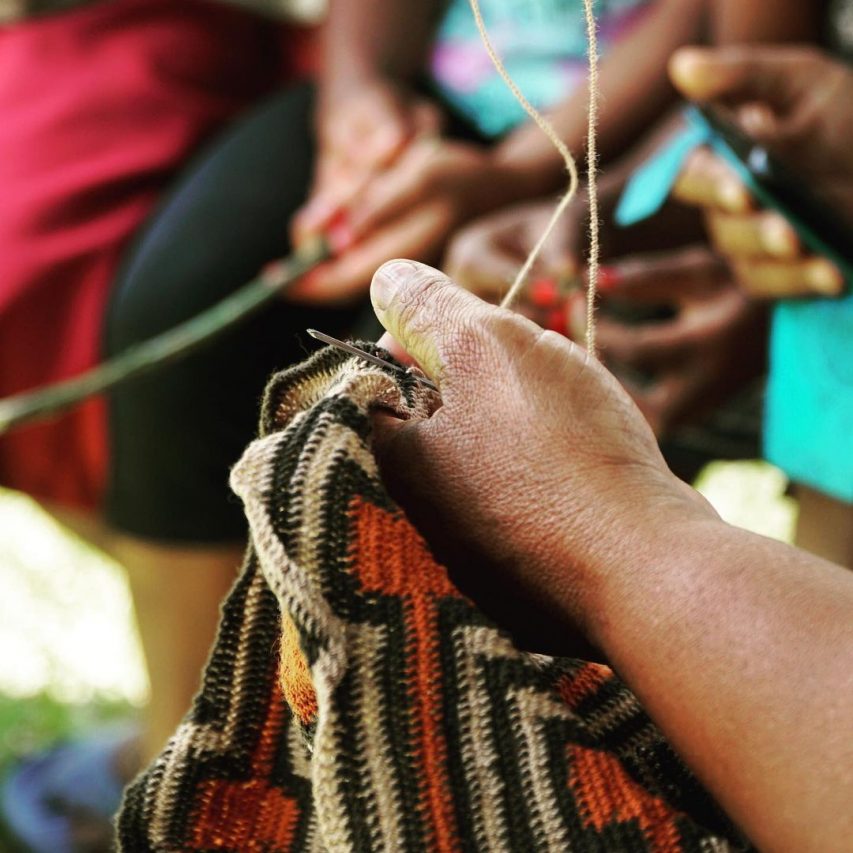 “Culturally it’s important, we learn from our mothers and now it’s passed to us – every woman, identity for a woman is bilum, so we have to carry bilum all the time.” 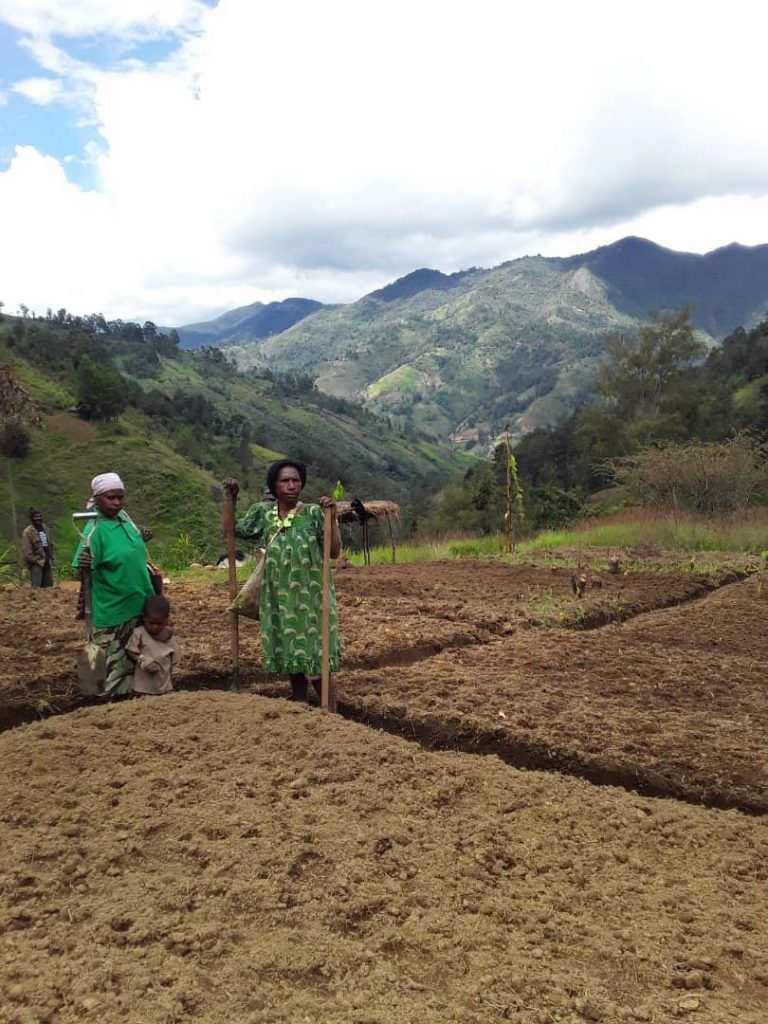 Fransisca started Gifted Hands with 200 kina ($82 AUD) and 10 weavers. She took the resulting cache of bilums to Port Moresby and brought back 500 kina for the women. From there, the cooperative forged a relationship with BEPA (Bilum Export and Promotion Agency) who helped promote Gifted Hands, introducing them to international buyers. Gifted Hands are now one of the most highly regarded bilum cooperatives operating in PNG, exhibiting the work of their artists at the annual Bilum Festival in Goroka, the most prestigious bilum exhibition in the world.

The cooperative focuses on cultivating direct relationships with international buyers, ensuring a short supply chain and a fair percentage of sales paid to the artists – Gifted Hands takes only a 10% administrative fee on bilum sales, and the remaining 90% goes directly to the weaver. In the tiny local economy of Chimbu, that currency goes a long way.

Currently working with 30 independent bilum weavers, Fransisca is extending the membership of Gifted Hands throughout the region.

“The whole idea of setting up Gifted Hands was to help women to make some money to support their families, to provide food, to pay for school fees and clothes, just to improve their lifestyle, to live a better-quality life. It makes a very big, big difference in their lives, and they are so happy!”
– Fransisca Moiwo

The cooperative’s bilum enterprise has become a cornerstone of the local economy, with the sale of one bilum affecting the lives of many – the weavers, their families, the material producers and the broader regional economy. Gifted Hands empowers the women of Chimbu to commodify their traditional skills, gaining autonomy, agency and financial security for themselves and their families, and respect as artisans on the world stage.