Septuagenarian Jimmy Donegan first saw the ocean in 2010 when travelling to Darwin for the 27th Telstra National Aboriginal and Torres Strait Island Art Awards. He returned to the small community of Kalka in the Anangu Pitjantjatjara Yankunytjatjara (APY) lands having won the coveted Telstra art award as well as the general painting category award, the first artist to win both at the same time. Born and raised in remote Western Australia, Donegan laboured as a stockman, craftsman, and senior lawman, and in the 1970s helped organise the outstations movement. Since beginning to paint in 2000, the artist has become renown nationally and abroad for his rich and vivid compositions of his cultural inheritance. He now paints for Ninuku Arts in the APY Lands of South Australia.

“Ngayuku mamaku ngura Dulu [translates to, ‘My father’s country. A rockhole called Dulu’.] At this place there are lots of women and men dingos living there, digging up the water and hunting at Pilantjara rockhole in the country area of Dulu. This is papa walka, dog design.” – Jimmy Donegan

Papa Tjukurpa represents a pivotal work for Donegan. In this work, the artist boldly deviates from his signature style of fastidiously detailed dot-work, in a breakthrough piece that is startlingly contemporary.

Donegan paints the Papa Tjukurpa (Dog Dreaming) entrusted to him by his father. The artist’s loosely unfurling circles and spare infilling reveal the inky black depths of the canvas, speaking of a complex ontological system that marries physical and metaphysical worlds. The artist’s compelling use of vibrant, rhythmic line work strikes a harmonious balance with the negative space, chronicling the papa’s journey across Donegan’s homelands. 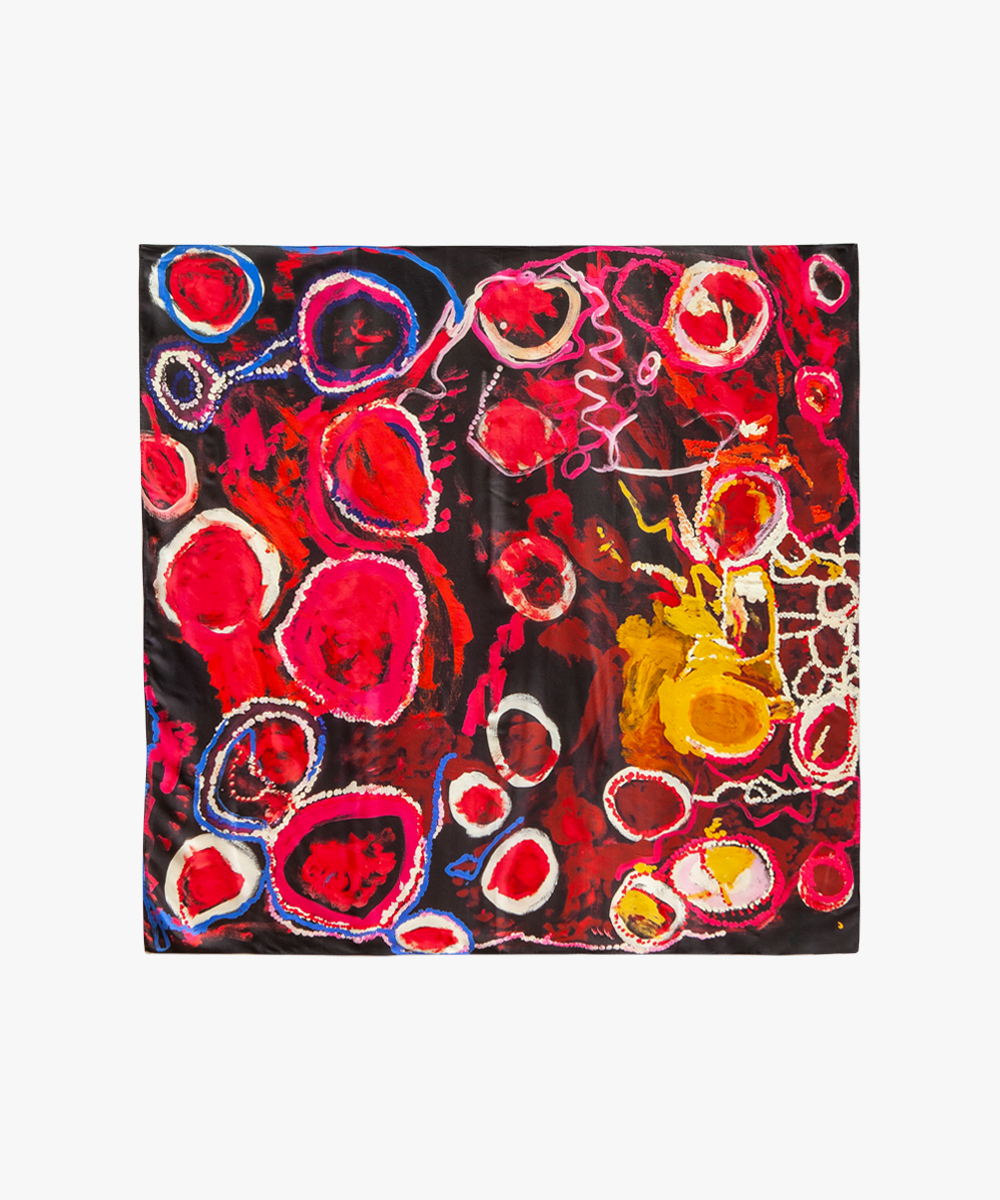